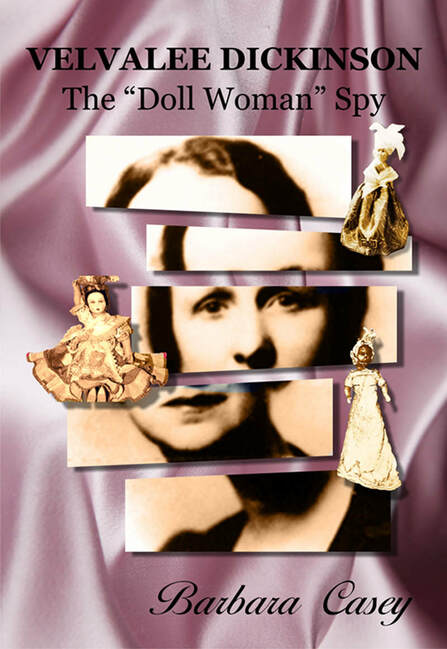 Velvalee Dickinson was born in Sacramento, California, graduated from Stanford University, married three times, and then in the early 1930s moved to New York City where she eventually opened her own exclusive doll shop on the prestigious Madison Avenue. It was there that she built her reputation as an expert in rare, antique, and foreign dolls. She traveled extensively around the country lecturing and exhibiting her dolls while building a wealthy clientele that included Hollywood stars, members of high society, politicians, and other collectors.

​When medical bills started to accumulate because of her husband’s poor health and business started to fail with the onset of World War II, she accepted the role as a spy for the Imperial Japanese Government. By hiding coded messages in her correspondence about dolls, she was able to pass on to her Japanese contacts critical military information about the US warships. After surveilling Velvalee for over a year, the FBI arrested her and charged her with espionage and violation of censorship laws. She became the first American woman to face the death penalty on charges of spying for a wartime enemy.

Velvalee Dickinson: The “Doll Woman” Spy is a carefully researched glimpse into the “Doll Woman’s” life as a collector of dolls, and as the highest paid American woman who spied for the Imperial Japanese Government during World War II.
​
Buy the Book:
Amazon ~ Barnes & Noble ~ Books-a-Million
Add to Goodreads

Here's what i thought...​
I have really enjoyed reading this book.  I have learned a lot of new things. I enjoy anything that is about WW2. This was a very interesting book with lots of details about this woman i have no idea about. She did things that i couldn't imagine doing.
I enjoyed the ease of the writing.  I have a feeling that my daughter, who is 12 would enjoy this book.  There were a few places that seemed jumbled together, almost like a back and forth that confused me. I enjoyed the history of the book and all the new things i learned.  I recieved this book for free from the author.  All opinions are my own.  A positive review was not required. 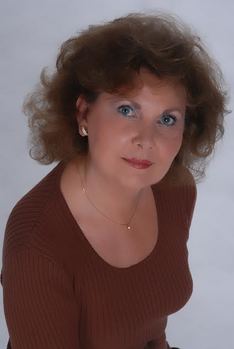 Barbara Casey is the author of several award-winning novels for both adults and young adults, as well as book-length works of nonfiction, and numerous articles, poems, and short stories. Her nonfiction true crime book, Kathryn Kelly: The Moll behind Machine Gun Kelly, has been optioned for a major film and television series. Her nonfiction book, Assata Shakur: A 20th Century Escaped Slave, is under contract for a major film. In addition to her own writing, she is an editorial consultant and president of the Barbara Casey Agency.

Established in 1995, she represents authors throughout the United States, Great Britain, Canada, and Japan. In 2018 Barbara received the prestigious Albert Nelson Marquis Lifetime Achievement Award and Top Professional Award for her extensive experience and notable accomplishments in the field of publishing and other areas. Barbara lives on a mountain in Georgia with her husband, and three pets who adopted her: Benton, a hound-mix; Reese, a black cat; and Earl Gray, a gray cat and Reese’s best friend.

http://www.rafflecopter.com/rafl/display/defcd44e461/
Posted by Reader's Cozy Corner at 8:58 AM
Email ThisBlogThis!Share to TwitterShare to FacebookShare to Pinterest