Chaos In The Blink Of An Eye Series Blitz with Just Read Tours--GIVEAWAY!!!

Welcome to the Chaos In The Blink of an Eye series blitz and GIVEAWAY!! hosted by
Just Read Publicity Tours! 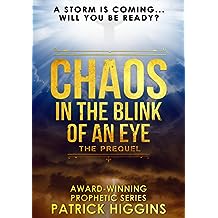 ABOUT THE BOOK
In the days following the Rapture of Christ's Church, the ultimate enemy of God raised up his   primary
human agent in the flesh to carry out his diabolical mission, Salvador Romanero.
The Miracle Maker, as Salvador Romanero was known throughout the world after various predictions
he'd made had all come true was about to perform his greatest miracle: bringing peace to a tiny
country that had lived in constant fear since its inception, the nation of Israel.
But instead of a peace treaty being signed, Jerusalem fell under a sneak attack on that day. In just six hours, more blood was shed in the streets of the Holy Land than any other 24-hour period in Israel turbulent history. Much of the city was in shambles. Smoke smoldered from buildings.
Anyone opposing the one world government he was putting in motion to include a one world religion
would be silenced for good.   As the Miracle Maker set out to create a brave new world, children of the Most High God were
preparing for the absolute worst. They knew God's unprecedented judgments were coming. After all, it was written. They also knew Salvador Romanero was the long-foretold Antichrist of
the Bible, and there was nothing they could do to stop the Son of Perdition in his quest for global worship.
Initially, Clayton Holmes and Travis Hartings, founders of the End Times Salvation Movement, used a website to connect them to other new believers also left behind on that fateful day. Both men prayed  for weeks on end that God would give them a surefire sign so they would know who was trustworthy or not. For three consecutive nights they had the very same dream. Both heard a voice say,  Those who contact you regarding this dream are trustworthy.
But with the second attempt to sign a peace treaty with Israel now upon them, the chaotic world humanity had inherited after the Rapture, would soon come completely unglued. Instead of peace and prosperity for all, Planet Earth would experience the most turbulent seven years humanity would ever  know...


BOOKS IN THIS SERIES 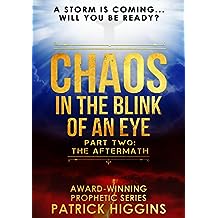 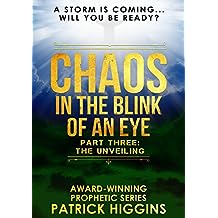 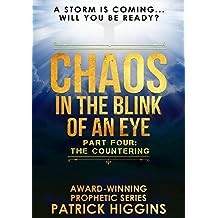 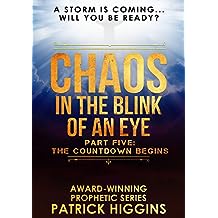 Series Purchase Links:  Goodreads | Amazon
CHAOS IN THE BLINK OF AN EYE: PART SIX – THE SEALING releases Autumn 2018!
Each day of the blitz spotlights a different book from the series - follow along with the tour to learn about each of the first five books individually! 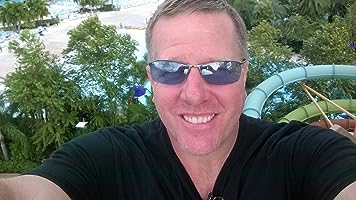 
Patrick Higgins is the author of "The Pelican Trees", "Coffee In Manila", the award-winning "The Unannounced Christmas Visitor", and the award-winning prophetic end times series, "Chaos In The Blink Of An Eye."
While the stories he writes all have different themes and take place in different settings, the one thread that links them all together is his heart for Jesus and his yearning for the lost. With that in mind, it is his wish that the message his stories convey will greatly impact each reader, by challenging you not only to contemplate life on this side of the grave, but on the other side as well. After all, each of us will spend eternity at one of two places, based solely upon a single decision which must be made this side of the grave. That decision will be made crystal clear to each reader of his books.
CONNECT WITH PATRICK: website | Facebook | Twitter | Instagram 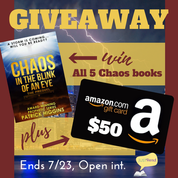 Patrick Higgins is giving away to one (1) winner:
Open Internationally as long as recipient can accept a gift card from US Amazon. Books available in winner's choice of ebook or print, although ebook only for international winner.
Enter via the Rafflecopter giveaway below. Giveaway will begin at midnight July 16, 2018 and last through 11:59pm July 23, 2018. Winners will be notified within a week of close of the giveaway and given 48 hours to respond or a new winner will be chosen.
Giveaway is subject to the policies found here.
a Rafflecopter giveaway

Posted by Reader's Cozy Corner at 6:00 AM
Email ThisBlogThis!Share to TwitterShare to FacebookShare to Pinterest
Labels: Chaos in the blink of an eye, Just Read Tours, Patrick Higgins, Rapture, Revelation